To the Moon and Back: A love story 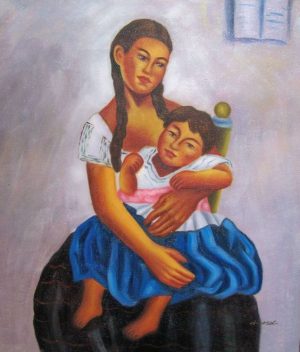 I have been single all my life. I’m not saying that because I want pity or dating advice or anything of the sort. That’s not to say I wouldn’t take you up on a blind date. I only mention it because it’s just fact.

By the time I reached my 40’s, I figured my days of having children were over. I hadn’t met a man I was interested in spending the “rest of my life with.” But I would go out on a date or two. And, I did have a man in my life for a short time. We spent a good part of a year together until we broke up because, according to him, I worked too much.

What can I say? I enjoyed what I was doing.

At the end of my 41st year, I found myself pregnant.

Really, Universe? I didn’t even think that part of my body worked!

Let me tell you, at 41 and dramatically overweight you are considered a “high-risk pregnancy” with all the drama that physicians and nurses and specialists and hospitals want to add to your already surprised body.

And, I was busy! I don’t have time for extra appointments. A multitude of ultrasounds.

All these appointments were cutting into my networking and socializing and fun. I wasn’t used to slowing down! Just ask the baby daddy! I didn’t know how to stop.

Being a mother is not what you give up to have a child, but what you’ve gained having one.

The day came when I realized why there were so many ultrasounds and appointments. You see, older women are more prone to give birth to children with down’s syndrome.

The ultrasounds were showing “signs” that that may be the case with the nugget in my belly. And, at first, I thought, “poor kid! I’m older already. How in the world will ‘it’ fend for itself if something happens to me?”

I was given information should I decide to terminate the pregnancy.

Now, I have always, intuitively, created my reality. I never called it that. I didn’t know that as a real concept at the time. I’ve never worried really because I just knew things would work out. But this!? I wasn’t sure what to think. To do. And, I told no one about it. I needed to think this through on my own.

Well, me and the nugget.

You see, I sang and read and conversed with my nugget. Pretty much the entire time from when I knew it was in there swimming around. So, it and I needed to come up with a plan. After all, we were now a team.

The doctor’s decided it was best to do an amniocentesis – where they put this long-ass needle into your belly and extract some amnio fluid. Very dangerous because it could cause a miscarriage.

The doctors were adamant that I have the procedure done. I was fighting it. And, nugget wanted no part of it. But they were sharing all the reasons why I should. And, I made the appointment.

And, I sat in the waiting room. Still uneasy with my decision. And, my name was called. And, I followed the nurse. And, I walked down the hallway. And, I thought… why? What difference would it make? What if the nugget had downs? That nugget is mine. And, as I walked down the hallway time stood still. I knew – this whole life of my nugget flashed before me – I knew she was fine. I could see her and I knew she would fill my life with laughter and music and love. I knew.

She is my heart. My soul. My “best thing that ever happened to me.” The source of many laughs and a few tears. She is my daughter. She is my world.

And she was perfect. A month early and came out kicking her little chicken legs, but perfect. Just like I knew she would be.

Just like I knew she would be a performer when I heard her sing for the first time at 4 years old. When she would sing and dance to The Wiggles. When I would have music on in the car and she would sing at the top of her voice in perfect pitch and I would harmonize… I knew. When she wanted to get up and sang “Landslide” during a church fish fry, and we harmonized behind her, I knew. When she was asked to sing the National Anthem at the grade school talent show all by herself, acapella, on the large high school stage as a third-grader…I knew.

She grew into her voice. She grew as a performer. She began singing with a show choir, started a band with grade school friends, was cast in leads in middle school, began a duet with another friend and gigged at restaurants, and made videos, and started auditioning for shows outside of school, and got her first professional role as a sophomore in high school, and finished her senior year with more professional roles and leads.

I knew this would be her chosen profession because it also became very clear that it was her passion. I knew she was good. I know she is good. My child is talented. And, I know I’m biased, but I know.

And, I knew when she was accepted to the Chicago College of Performing Arts at Roosevelt University. I just knew. The very first time we stepped foot in the school and toured the campus and walked around Chicago. I knew.

And now, 18 years later, my nugget is in college. My lovely. My “plus one” to everything. The love of my life. My heart beating outside of my body.

Her father didn’t want to be a dad. And, that was just fine by me. I knew I could be both father and mother for her. She was all mine. And, I was all hers. Her last name is mine and that’s all she has known. We’re a team, as I use to tell her growing up.

Being a single mother seems at a first sight, extremely demanding and exhausting. What makes single mothers resist strongly to all the stress and work is the unconditional love that they share with their children. Love makes them strong and able to fight everything that comes their way.

Ok – so, in truth I’m the one actually struggling to find my footing once again. Slowly. That first week waiting for her to tell me she was “home” so I could fall asleep. Now, three weeks in, I wait to hear from my girl to tell me about her classes, her adventures, about her new friends, her professors, her rehearsals.

I have to admit, however, that I am a tad lost without her.

But, I couldn’t be prouder. My heart is full.

My lovely. My pookie. My sunshine. My whole heart. My Isabel. Growing and expanding and becoming her own person.

And, now it is time to work on me once again. Spread my wings too, as it were. I’ll get there. I may need some help, so if you have plans that can use one more person, let me know. I’m up for some fun!

Carmen is a single mom who acts, sings, drinks coffee and writes stuff as she authentically navigates life. Sometimes it’s interesting, sometimes not so much. You can decide. But if something moves you, drop a line and let it be known!