Loss and Remembrance … All Is Well 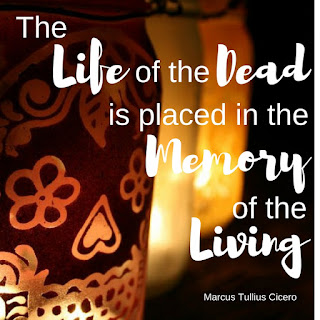 It has been a year, June 16, when we lost my sister to cancer.

My baby sister planned a trip to come into town – not only to remember my sister but to also celebrate my young niece’s 4th birthday. Yay for happy celebrations!

So a family dinner and then a larger family gathering on the anniversary weekend of her passing was planned.

My daughter and I conveniently decided to be away from everything. We agreed to be in performances that weekend. I know that my siblings and parents thought we were crazy. But, my sister’s death was torture to my daughter. Being in her “happy place” knowing how much my sister loved watching her perform and had been her biggest cheerleader – well, it made sense to us.

As our group texts continued and we planned what and where we would do/serve/be for the weekend, I kept quiet. I would add a word or two about what food I could bring or what I could share. But I was quiet for the most part.

I didn’t avoid the thoughts of my sister. I didn’t avoid talking about her. My daughter and I just kept on with our days. I swear I feel as though Tish is still on vacation. Like I’ll be sitting out back and see her walking through the common ground to our house.

I’m not trying to kid myself. I know she’s gone. I guess I’m not really ready to give up her presence. Perhaps because if I stopped to think about her really being gone it would hit me harder. I want to continue to feel her around me, with me.

So a few nights before my baby sister was to come into town, after the plans were made of what we were going to do, and after I told everyone that my kiddo and I weren’t going to be there, Tish came to me in a dream.

Now, I don’t ever – and I mean EVER – remember my dreams. I know I do dream. I wake up and realize that I had dreamt. But, I can never remember what those dreams are. Maybe, if I’m lucky, I’ll remember a person or a place. But, never the dream itself.

We were in the kitchen. Not sure who’s. I was standing in front of my sister.  The “sick” version of Tish… buzzed salt and pepper hair after chemo, wearing that damned large denim button down shirt she always wore as a jacket, the tattered comfy tshirt she loved, and the same large sweatpants that had seen better days. She was talking to me. We were looking at each other. Eye to eye. It felt so real. I reached out to touch her. We may have hugged. I’m not sure because just at the time that I saw her I heard a voice calling me.

I turned around and there was my “healthy” Tish! Her beautiful long shiny black hair. Wearing her best outfit and lovely makeup. Her twinkling eyes met mine with such care and love. And there was her smile. Wide. Welcoming. Warm.

She was going to say something to me but I woke up! Damnit! I woke up!

I wanted to touch her. Hug her. Talk to her again.

I tried to fall back to sleep. She can’t leave yet!

I wanted to remind her how much I loved her. Missed her.

But she didn’t come back.

As I think back on that dream – and I have often – I feel as though she was telling me that she’s ok.

To remember her as her healthiest, happiest version. To remember the force that was Tish.

I’m not sure if I have shared this before, but Tish died in my arms. I’m the one who told her it was ok to let go. I told her to go see our ancestors. We knew the time was near. Each of us went in to say our goodbyes. But she passed with me. In my arms.

I’d like to think she returned to tell me that she’s OK now. To stop feeling guilty… because some days I do. But, I knew there was no fight left in her. She was suffering, in pain – so much pain.

I knew her time was close. I held her hand, whispered in her ear and gave her permission to leave this world. I also made promises at that moment that I haven’t kept. However, I also know she realizes why I can’t keep them for as much as I wanted to. Perhaps that where the guilt lies.

I love you so much, my little sister.

I miss you so much, my little sister.

I hope you come back and see me again, Tish. All is well…