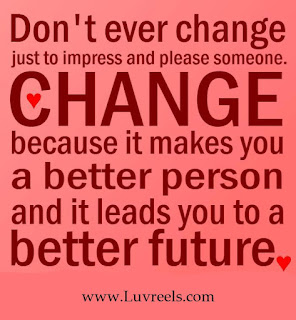 “Your only obligation in any lifetime is be true to yourself.”
~ Richard Bach

I went out with a nice man the other night. During a conversation on politics he made a comment, “you don’t have to agree with me.” It made me pause for a moment and question myself and his statement. Am I agreeing with him? If so, why? To make a good impression? To be compliant? Hmmmm.

I know that my personality is normally to not make waves. But, I’m also opinionated. Yep, it’s confusing. I always try to speak my truth – yet remain diplomatic. It’s extremely difficult to walk that line, but folks seem to think I do a good job doing so.

However, when he made this statement I wondered how often I come across as inauthentic. How often do I swerve from my true self to make others comfortable, make me seem more agreeable or try to impress.

Trying to impress for an actress or singer is nothing new. But, as a person, in a personal setting…let’s just say trying to impress doesn’t go well sometimes. I seem to make a bigger fool of myself than remain my true-self.

As our world changes around us – so very quickly lately – I find I want to make more waves and not be so compliant. Not to make a good impression of myself, but impress on those around me how out of whack things have been getting. (If you follow politics you know what I’m talking about.)

I’ve been somewhat of a rebel most of my life. I never really liked people telling me what to do or what to say. That’s probably why – much to my mother’s chagrin – that I never really liked going to church. Or, enjoyed any religion for that matter. Don’t tell me how to live my life, what to think, how to pray, or who I pray to! Which makes it surprising that I’m very comfortable taking direction from a director – but that’s another story.  Anyway… Unfortunately, women have been told what to do their entire lives. Haven’t they?

Men always made the rules. Men always had the power. It’s gotten to the point where women aren’t sure what they are supposed to do. And, when we see a woman exert her opinion, strength or power, she’s a bitch or bossy.  So many women, when asked, voted how they voted or believed what they do because their husbands or fathers influenced their beliefs. In fact, women have been told what to do and say and think for such a long time that it’s taken the world by surprise that we actually have a voice. We don’t have to be seen as manipulative when trying to “get our way” anymore. Look at the sea of women with their pink pussy hats collectively exerting their voice in recent days. My sister and I were among those here in our hometown.

Any of my friends on Facebook know that I don’t shy away from voicing my opinion anymore. And, as I told this nice man and others I have met along the dating journey of my life – I’m content with where I am and who I am at this point in my life. I don’t necessarily need a man to “complete me” but certainly want the companionship of a partner.

I’m not out to impress… I like being true to my self. I want to impress others with my authentic me!