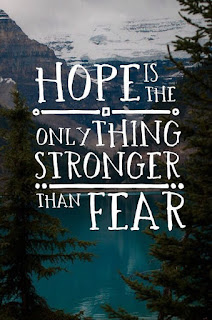 I’m hungry. I hate that I feel hunger again.

Hunger is a natural feeling. I shouldn’t fear it. But fear I do. I fear hunger.

But I have another fear now as well. I fear for our communities. Our neighborhoods. Our nation. There is a hunger there as well. A hunger to be understood. A hunger to be accepted. A hunger for peace and justice and equality and compassion. And, I fear we can’t seem to grasp that we are all one people. We all hunger for acceptance and love.

Unfortunately, there is also a hunger for hate, intolerance, violence, injustice and revenge.

We can’t allow fear of difference – color, race, religion, class, weight, size, gender, nationality – take over our humanity. Where a love for guns is seen as more important than love for humankind. Where we prefer to wallow in our hate and fear and revenge rather than peace and acceptance and understanding. So much hate.

We know what it feels like first hand. Members of our family have been targets of racism and intolerance.

I’ve always been different. I’ve been large all my life. I’m first generation Mexican-American. I speak two languages. I’m a single mother. Each of those things have made me a target of one sort or another. Being followed in a store. Being looked at funny or laughed at or ridiculed. Been insulted for being a single mother. Been teased for being large. Asked racist questions because of my heritage. Or, the time when friends came to visit and the police were called to my house because my house guests were Mexican. The police had to come in to my house and look around to feel satisfied that us Mexicans weren’t doing anything illegal. They had gotten a couple of calls from the neighbors. True story.

Or my daughter. She was in a select group in middle school called “Social Justice,” where students of different races (white, hispanic, asian, African-American) were taught kindness and tolerance. Where they were taught what bigotry and racism and bullying and equality meant. Yet, while in class my daughter would endure “Mexican baby jokes” or taunts about her size or color or curly hair. Some of those doing the bullying were white kids in the group. What did they learn?

Or my dad. My father was stopped driving while brown by police. It’s a real thing folks…A cop who egged him and disrespected him and yelled at him and demeaned him and insulted him. Never really told my dad why he was stopped. He just kept yelling at my dad.

My father sat there and took it. Even though he has been an American citizen longer than he ever was Mexican, he had to endure the police officer’s insults. Because he knew, one wrong word, one wrong move could have resulted in something much worse than a ticket. At the end of it all the cop let him go with just a warning… to drive better. My dad drove home to his family.

I just don’t get it.

What are we doing to each other?

I’m a person of color. To me Black Lives Matter right now because we have to place focus where it is needed. But it doesn’t mean that All Lives don’t Matter. It just means we have to put energy where it should be until things are righted. It could just as well be Brown Lives Matter because whatever minority is out there seems to be targeted in one way or another.

It doesn’t mean Blues Lives don’t Matter.  I hate the violence against officers as much as I hate the violence perpetrated by officers. There are so many dedicated first responders that do their jobs well and watch over everyone no matter where they come from or what they look like. Unfortunately, there are those that hide their hatred behind their badge. And their gun.

I just don’t get any of it.

Yes, I do feel hunger. I hunger for a day when we can all just get along. Love our neighbor. Be kind to one another.

I hunger for hope, for love.

Hope is Stronger than Fear.

I repeat the Swedish proverb I used above with one change:

What the World Needs Now
Broadway for Orlando